It’s Not All Rainbows: The Problem with Pride-washing 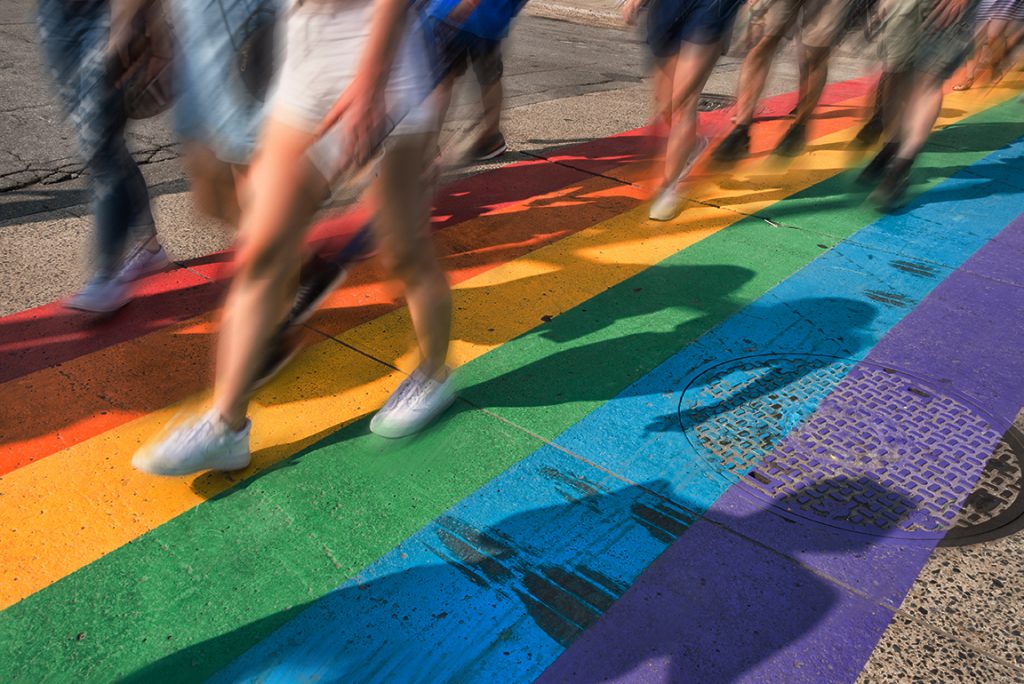 It’s Not All Rainbows: The Problem with Pride-washing

In June 1969, New York police raided the Stonewall Inn, a gay club located in Greenwich Village. At the time, public displays of homosexual behaviour were illegal, so police harassment of LGBT bars was prolific. Fed up with constant social discrimination, a domino-effect of demonstrations and riots would ultimately kickoff the gay liberation movement. Fast-forward one year and marches to commemorate the riots and celebrate the agitators sparked the annual festivities known as “Pride”.

But where rebellion once ruled, now corporate logos and sponsorships remain.

Every June we see a flood of rainbow-clad logos and limited-edition pride products, but the question remains: is this a good thing? Do shallow attempts at allyship outweigh the days when companies didn’t want their names associated with LGBTQ+ people at all? Or is the bandwagoning of social rights just the first step toward genuine support and acceptance?

Although 80% of LGBT viewers say that brands are doing a better job today than five years ago, there’s still room for improvement. Consumers are putting pressure on companies to support the queer community year-round, leveraging their platform to move the world forward (and not just commoditize a legacy of oppression).

Does This Ad Make Me Look Woke?

With the rise of social justice movements and growing volatility toward companies with a “middle of the ground” stance on social issues, today’s consumers are increasingly diligent in the face of commercial advertising. In fact, half of the internet users in the US say that if a company debuts Pride-related merchandise or content, they’re more likely to see that as a marketing tactic than as a true reflection of the company’s values.

It’s not about using Pride to sell your product: “you can’t slap a rainbow on your brand for the month of June and call it allyship”. It’s rainbow-washing — opportunistic marketing without authentic commitment to the LGBTQ+ community — and it could be costing you sales.

About ¼ of US internet users say they’re more likely to do business with companies known to be LGBT-friendly. That means demonstrating support for the queer community year-round (not just in June). Consumers increasingly demand authenticity from the brands they do business with — and aren’t afraid to show their dislike of marketing perceived as inauthentic.

“Being an ally is like being a wingman: If you make it about you, you’re doing it wrong.”

The challenge, then, comes in communicating what else you’re doing besides rainbow-clad partying at the parade in June. Dropping limited-edition merch? Donate the proceeds. Crafting LGBT-friendly ads? Don’t stop when July hits. Basically, if you’re going to talk the talk, you better be ready to walk the walk. Take a proactive approach to Diversity and Inclusion (in your advertising and your business) and ensure that representation is a value, not a sales tactic.

Easier said than done? It shouldn’t be that hard.

Consumers “…can easily spot inauthenticity and, in the age of social media, can call it out in an instant,” said Philippe Pinatel, general manager of MAC Cosmetics. “If you want to highlight a moment in time, whether it’s Pride or something else, that’s great, but you need to continue that narrative and connect with your consumers beyond that one moment in time.”

Aisle is a great example. They recently overhauled their brand and, in the process, redefined the feminine care aisle as a place that speaks to all menstruators. At their core, Aisle is a brand that recognizes that people of all gender identities bleed monthly — not just women — and they work every day to ensure that their products are inclusive and available to those trans men, non-binary, and genderqueer people that also have periods.

When we decided to reinvent the period aisle — a key factor needed to be a space & products that spoke to folks of all different gender identities who bleed. Our color palate & design choices reflect that. Instead of “gender neutral,” we like to say that the brand is designed to serve folks along the gender spectrum. ?✨

Beyond the colour, glitter, and celebration, Pride offers companies an opportunity to join the conversation and normalize diversity and inclusion in their business. But it’s not just what you say in June that matters, it’s what you’re still saying in July.

Dan is the Director, Digital Marketing at Arcane. His bold ideas, creative spirit, and ability to push boundaries are secret ingredients to our most successful campaigns. He enjoys sports, horror movies, and cuddling puppies — and is often one of the first on stage for karaoke at Arcane events.