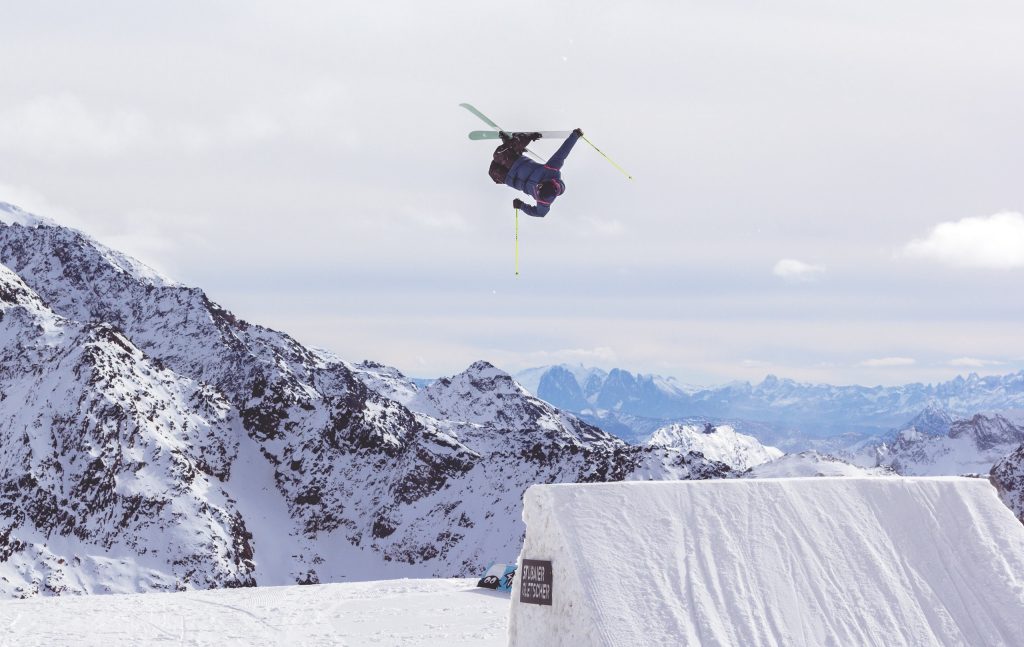 The Winter Olympics have come to a close in South Korea! Both Canada and the US racked up huge medals, though they didn’t top the rankings — thoseNorwegians really know how to ski! But medals aren’t the only takeaway from the Olympic games — PyeongChang was full of digital video, creative marketing tactics, and new influencers.

Viewers are Starting to Go Digital

According to a GlobalWebIndex report, 35% of Olympic fans watch the games online, while those who watch it on TV tend to use multiple screens. YouTube and Facebook are the biggest online sources of Olympic content, as both platforms allow users to catch up on highlights or watch live content.

In the coming years, we could see a big play from YouTube or Facebook. If they start buying legal rights to stream certain events, they could ignite the TV vs. online race for viewership. For now, many brands are looking to social media to engage viewers.

Toyota and Ford have gained a lot of buzz with their social media efforts. As a part of their Start Your Impossible campaign, Toyota has teamed up with Paralympic skier, Menna Fitzpatrick, to start an Instagram account that expresses her story.

The posts are videos and pictures through the eyes of Fitzpatrick, whose vision is impaired. The difficulty in what she can accomplish is awe inspiring and Toyota has aligned themselves in a way that allows them to bask in some of that limelight.

You know what they say, happy coach, happy life. I may only have 3% vision, but my sighted guide Jen and I still reach top speeds of 100 km/h. That’s faster than you can say PyeongChang Winter Games! ?❄️ #Paralympics #StartYourImpossible

On the other hand, Ford has previously used Snapchat to focus on patriotism and fandom. Back in 2016, their We are All Fans campaign featured a weightlifter loading boxes into the back of her SUV and a gymnast performing a pommel horse routine on top of his Ford Escape.

Brands can take advantage of creative social media tactics to capture international attention, as long as they stay wary of the strict Olympic trademark restrictions.

The IOC (International Olympic Committee) makes a fifth of its revenue from sponsorships, so they monitor advertising very closely to pounce on infringements.

“The IOC and its partners in the Olympic movement take the threat of ambush marketing very seriously,” according to an IOC spokesperson.

Historically, companies have often tried ambush marketing — when a company attempts to associate its products with an event that already has other official sponsors. A complaint was filed against a Paddy Power billboard during the London Olympics in 2012, but was ultimately dropped for technically not infringing on Olympic brand rights.

This year, brands are staying nimble and jumping at any opportunity to get their names out there. One of the most successful was Red Stripe Beer, who seized an Olympic underdog story.

The Jamaican bobsled team almost lost their opportunity to compete in the games after travelling over 13,000 km across the world. After being labeled “hugely destructive”, the coach of the team, Sandra Kiriasis, resigned, taking the team’s only sled with her. Kiriasis just so happened to have the sled leased in her name, so she asked for the team, already strapped for funds, to buy her out — they couldn’t afford to. Fortunately…

No bobsled, no problem. If you need a new ride @Jambobsled, put it on @RedStripe’s tab. DM us and we’ll be in touch ??

The Heineken-owned Jamaican beer brand wired $50,000 to the team to buy the sled outright. Not able to associate themselves with the Olympics, RedStripe used the hashtags #SleighAllDay and #RedStripeToTheRescue to increase their social reach. As a result, the brand will go down in history as rescuing the first-ever Jamaican women’s bobsled team.

Rally Behind Our Heroes

The members of the women’s bobsled team have become icons — but not just from Jamaica. The Nigerian women’s bobsled team made history, becoming the first athletes from an African nation to compete in a bobsleigh event. Neither of these teams did very well in their competitions — in fact, the Nigerian team placed last in both of their races — but their charisma and drive has won the hearts of millions.

The same goes for Chloe Kim, the breakout star who ended up winning the gold for snowboarding halfpipe. Her eccentric personality and exuberance makes her a lovable athlete to cheer behind. At 17 years old, Kim already has sponsorships with Toyota and Samsung, and her social media profiles have blown up.

Brands who are excited about the Summer and Winter Olympics should attempt to emulate success stories — and that’s a key word. Creating a story is important in capturing the hearts of consumers. Brands need to be agile and sincere, quickly capturing opportunities to publicize their charisma or help others. That’s what Menna Fitzpatrick, Chloe Kim, and Red Stripe Beer did.

An emphasis should also be put on a digital presence during the games as the audience is shifting to online viewing or are using multiple screens while they watch. Get your ideas flowing for Tokyo 2020 or other major events this year!