How to Be a Good Leader 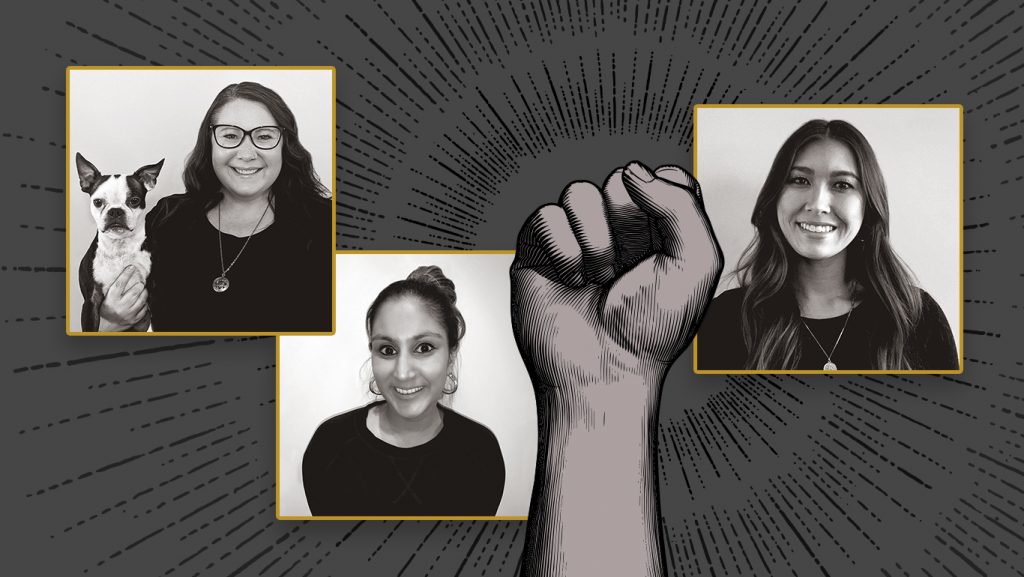 How to Be a Good Leader

The pandemic took everyone by surprise, there was that brief threat of ‘murder hornets’ in the summer, and we recorded the hottest January to date. We also saw 2020 become a catalyst for change. A lot of our society’s dark underbelly came to light when the Black Lives Matter movement rallied against racial injustice, and socioeconomic class divides were exacerbated by the effects of the pandemic.

In the midst of all this chaos, it would seem like there wasn’t a lot of space or time to work toward gender equality and women’s empowerment. What good could have come from such a terrible year?

Well, actually, quite a lot.

Unless you’ve been living under a rock (and we wouldn’t blame you), you’ll know that a huge part of Canada’s pandemic response team has been led by women at both the federal and provincial levels.

Dr. Theresa Tam has been paramount in helping Canada “plank the curve,” as have Dr. Bonnie Henry, Dr. Deena Hinshaw, Dr. Kami Kandola, and many other female leaders. All of these women have been praised for their calm and collected responses, as well as their ability to communicate the severity of the situation with the public in a compassionate way.

You should also know about Amanda Gorman, a Black poet and activist who was the first person to be named National Youth Poet Laureate in the US and who wrote and read the inaugural poem at Joe Biden’s swearing in ceremony.

So, while it may seem like gender equality wasn’t at the forefront of society’s focus this past year, that’s because the fight was embedded within every movement and call to action, as women were at the helm leading our communities towards positive change every step of the way.

For us at Arcane, the women on our team have been key drivers of success for not just the company’s goals, but also the company’s spirit throughout the pandemic. Key female leaders have helped us survive and thrive in the past year, and we wanted to highlight their perspectives and share their insight into the makings of good leadership. Here’s what they had to say.

Being a woman, coupled with being a visible minority (I’m originally from Pakistan!) in the marketing industry, has meant I’ve had to work significantly harder than my peers to attain success. It’s made me realize that by putting in the work and being confident in your knowledge and abilities, you can overcome barriers.

A positive impact of being a woman is evident in the way that I treat and appreciate my colleagues with empathy and care – two traits that are associated with femininity.

I would say early on in my career [being a woman] posed some challenges. The struggle to be both a mother and have a career was very real, despite the fact that my boss at the time was a woman. I am happy to say that I have grown leaps and bounds from the young mother I was then, and thankfully I now work for a company where that has never been nor will ever be an issue.

Makings of a Leader

Being a good leader means being authentic and being yourself. You have to build trust and let people in. That’s where the magic happens — when you can deeply connect with someone and they feel comfortable opening up. Empathy comes with that. You have to put yourself in others shoes, it’s the only way to truly be there and find the best way to support them.

I think being a good leader means empowering your team to both fail and succeed. Encouraging growth and challenging your team to create their own successes through trial and error is pivotal to their careers as it will give them the confidence to make tough decisions and take risks down the road.

Women are rock-stars. There is so much pre-established bias in our industry that we have to work so much harder to attain the same levels of success. Not only do I believe in the importance of supporting women, but supporting women of colour.

It’s awesome to see how many talented women there are in my generation, and that they’ll be shaping the future of this industry. We’ll be leading the charge one day, so it’s important to empower and build that confidence early in our careers.

I’m a mother of two young girls and there is nothing more purposeful to me as a mother than raising them to believe they can do anything. I want my girls to be able to leave their mark in this world and I’ll be there to support them every step of the way. This translates into the workplace. As a female leader, it’s important to create an environment where other women can thrive and be lifted up.

An equal future means never questioning if gender plays a role in your work. Am I able to dictate direction on this male product line? Is my style too feminine for this brand? Experience and expertise should be the top priority.

Equity should be represented in all layers of the marketing industry – equal pay, equal representation at the leadership and executive layer, equal opportunities for women in the organization to speak up and affect change. In fact, an over-representation of women in all areas should be the goal!

We hope that the perspectives of some of the incredible female leaders here at Arcane have given you some more insight to shape the foundation of your support for gender equality. The battle continues every day, and though 2020 was hard, we made it through, didn’t we? Looking at 2021, we’re confident that we, and you, will continue to soldier on all while lighting a torch to uplift the incredible women around you.

If you’re a strong female leader who’s looking to break into the marketing industry with an agency that’s committed to empowering and uplifting women, take a look at our open positions! We can’t wait to hear from you.

Karina is a Digital Marketing Intern at Arcane. When she’s not flitting around the (virtual) office to see what she can help out with, you can find her enjoying Raincouver’s limited sunshine with her pup Bailey.