10 Years of Arcane Digital: A Timeline 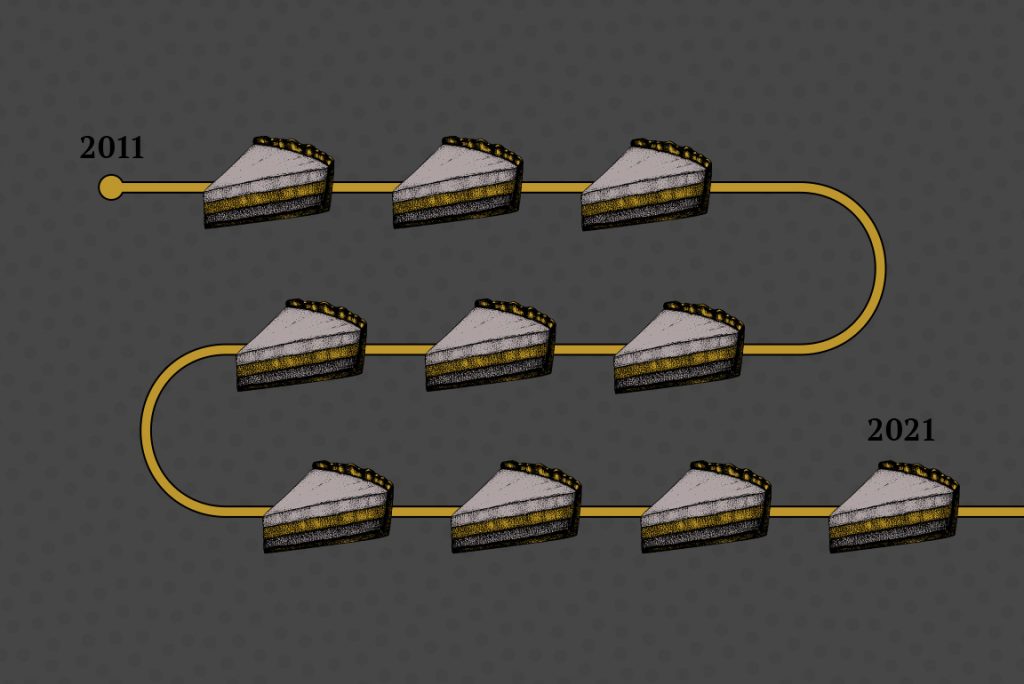 10 Years of Arcane Digital: A Timeline

From day one, Arcane has done things differently.

The past 10 years have been a whirlwind. And we’re grateful for it all.

This is our story.

Eric Vardon, John D’Orsay, and Bryan Taylor had been working as consultants to Tony Crncich at Lift Marketing for about a year, dreaming about how to make their vision a reality.

Shortly after, Arcane is born.

It was a busy month.

Bryan Taylor rounds out the founding partners and expands the agency to Toronto.

We move to our second office on Horton Street.

We’re nominated for Medium Business of the Year at the London Business Achievement Awards.

The acquisition of Honey brings world-class brand architecture to our service offering.

We outgrow the Horton Street office and move into the Cube, our forever home.

We acquire Rare Communications and expand operations to Calgary.

We’re recognized as a Technology Fast 50™ winner by Deloitte.

The Digital Marketing team is recognized as the Google Premier Partner Winner for Search Innovation.

We’re recognized as a Technology Fast 50™ winner by Deloitte.

Our work with the Canadian Association of Optometrists wins two Awards of Distinction at the 2019 Communicator Awards.

The Digital Marketing team is nominated for Display Excellence at the 2019 Google Premier Partner Awards.

We are acquired by Republix.